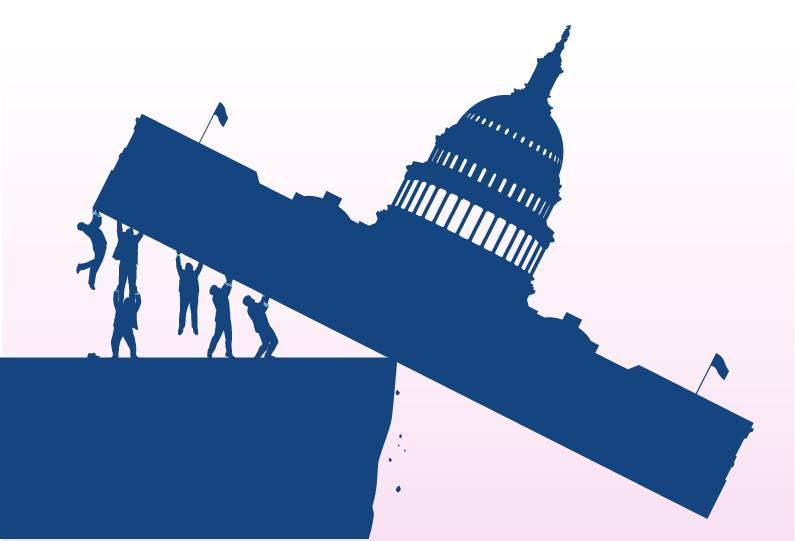 Meanwhile in North Carolina, Republicans newly minted control of both the state supreme court and appeals court will ensure greater challenges for abortion rights supporters. Below are excerpts from the briefing. Downloadable audio and video files are available here for use in your coverage.

WHAT HAPPENED TO THE ‘RED WAVE,’ TRUMP’S IMPACT?

Asher Hildebrand, an associate professor of the practice at the Sanford School of Public Policy

“There’s still a lot we don’t know. Five Senate races and a few dozen House races have yet to be called, leaving both the chambers still hanging in the balance. But the fact that they are still hanging in the balance tells us much of what we need to know about the outcome, because nobody expected Democrats to have even a chance at maintaining their House majority, and in the last weeks of the campaign many had confidently predicted Republicans would March to a Senate majority as well.”

“The most probable outcome is that Democrats narrowly maintain control of the Senate, assuming that they carry Arizona and either Nevada or Georgia. Republicans are still likely to win a House majority but by no means a commanding one with Democrats winning key bellwether races in North Carolina and elsewhere.”
“There are the highlights for Republicans, too, including running away with statewide races in Florida and over-performing in Georgia, North Carolina and in New York State.”

“But to put it another way, so far there have been few, if any, surprises breaking in the direction of Republicans, whereas there have been many surprises breaking in the direction of Democrats, and this outcome lies in the face of two rather fundamental laws of American politics: First, that voters tend to punish the party in power in the midterm elections; and second, that when economic concerns predominate in voters’ minds, that that’s bad for incumbents.”

“The so-called red wave that should have happened to some degree it but didn’t and that’s surprising given historic patterns, the party in power at a disadvantage. … One of the reasons I think is the issue of abortion, seemed to have mattered in terms of who turned out and for whom they voted. …”

“Another issue that showed up in the election last night is the issue of democracy being at risk. There appears to be some evidence that the voters chose with that in mind … threats to American democracy writ large.”

“What happened last night may have sped up the indictment of Donald Trump.”

“I think Dobbs (Supreme Court’s abortion decision) scared a lot of voters who had stopped thinking that their votes mattered. … If there’s a big takeaway for me it would be that we are reminded in a way that I hope folks internalize but I worry that they won’t, that democracy isn’t just something that happens, there’s a way as a product of American exceptionalism, there’s this sense that that its innate that were always going to have it. … We only really tried having it for everyone starting I 1965 starting with Voting Rights Act.”

“So now it is incumbent upon folks to do the work, show up, pay attention and be active in order to make sure that democracy (continues). It doesn’t just happen.”

Pope “Mac” McCorkle, professor of the practice at the Sanford School of Public Policy

“There is going to be a lot of Democrats in the (N.C.) legislature getting lavish attention from Republicans to abandon Gov. Cooper on the veto.”

“It’s a depressing pattern for Democrats, being able to find a majority, and that affected the judicial races. In fact it’s polarization all the way down.”

“In the legislature the Democrats did hold onto that House in a sense, the Republicans are one short of the super majority status. They did get the super-majority back in the Senate. That’s very perilous for Democrats and for (Democratic) Gov. (Roy) Cooper, just one vote.”

“It was a good night for Republicans, who got most of what they wanted. The only silver lining I know of (for N.C. Democrats) is the (victorious) Wiley Nickel race in the 13th District.”

“There’s no question this was a bad election for Donald Trump. With the possible exception of Kari Lake in Arizona and Herschel Walker in Georgia, every governor and Senate candidate he endorsed in five main battleground states appears to have lost.”

“… That combined with DeSantis’ strong showing in the Florida governor’s race increases pressure among Republican elites to find another standard bearer in 2024.”

“What happened last night may have sped up the indictment of Donald Trump.”

Asher Hildebrand
Asher Hildebrand is an associate professor of the practice at the Sanford School of Public Policy. Hildebrand served for nearly 15 years in congressional offices and on campaigns. He was formerly chief of staff to U.S. Representative David Price (D-NC).
asher.hildebrand@duke.edu

Pope “Mac” McCorkle
Mac McCorkle is a professor of the practice at the Sanford School of Public Policy at Duke. McCorkle was an issues consultant to political candidates, state governments and others for more than 25 years.
mac.mccorkle@duke.edu