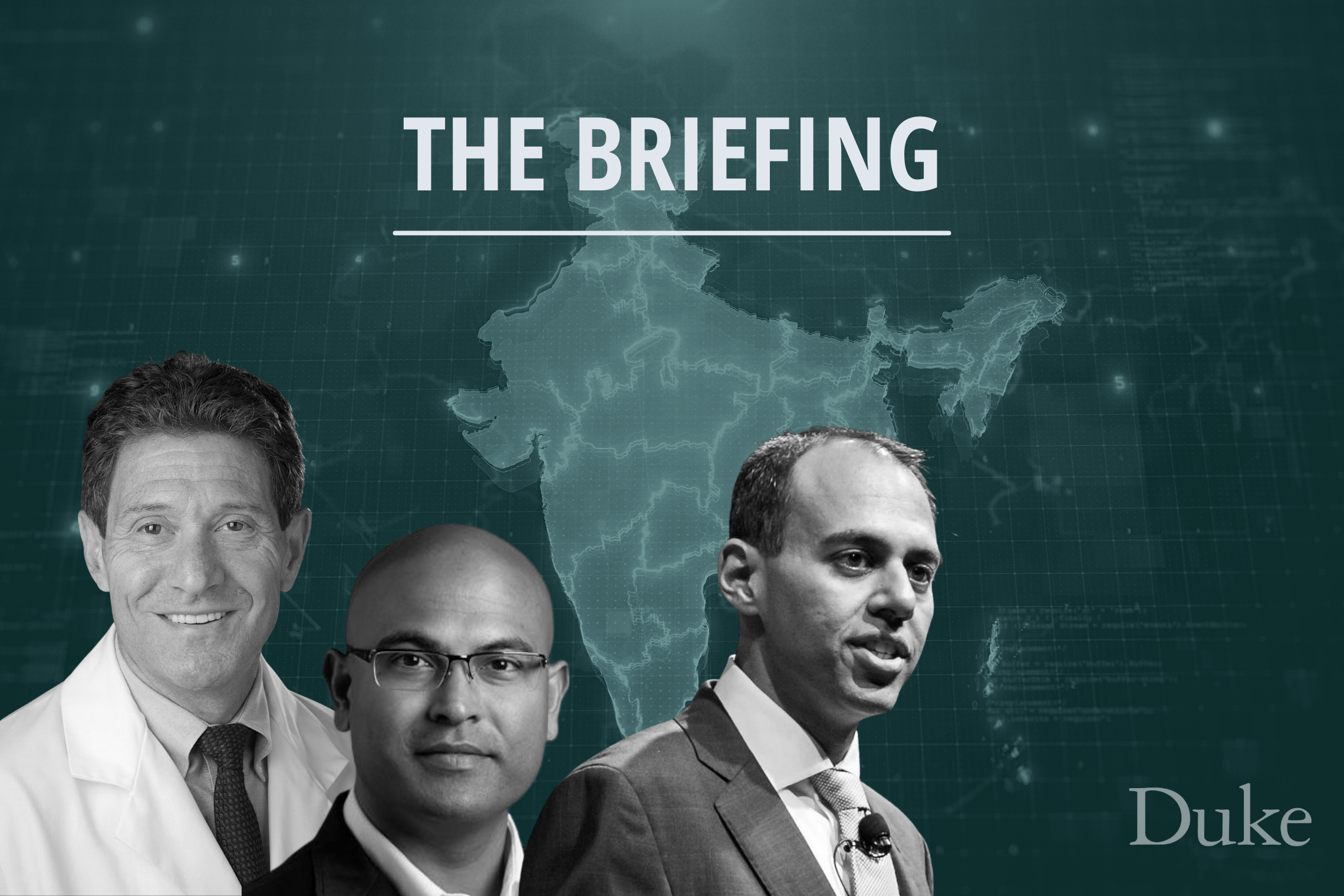 India is the epicenter of the COVID-19 pandemic.

Quotes Matthew Perault, who runs the Center on Science & Technology Policy at Duke and was formerly Facebook’s director of public policy

Reports on the Commerce Department appointments

Interview with professor Chris Bail, director of the Polarization Lab at Duke

Is the Deal to Bring Apple to the Triangle as Good as It Sounds?

Features comments by John Quinterno, a visiting professor of the practice in the Sanford School of Public Policy

Why North Carolinians Are Turning Away From Strict Party Labels

Yellen Says Rates Might Need to Rise as Economy Recovers

Quotes Duke economist Francesco Bianchi, co-author of a paper about the impact of former President Trump’s tweets on perceptions of the Fed’s independence

The Pentagon Wants to Take a Harder Line on Domestic Extremism. How Far Can It Go?

Facebook’s Decision on Readmitting Trump Is Going to Enrage People. But There’s More to the Story

Commentary by Christopher A. Bail, a professor of sociology and public policy and the author of “Breaking the Social Media Prism”