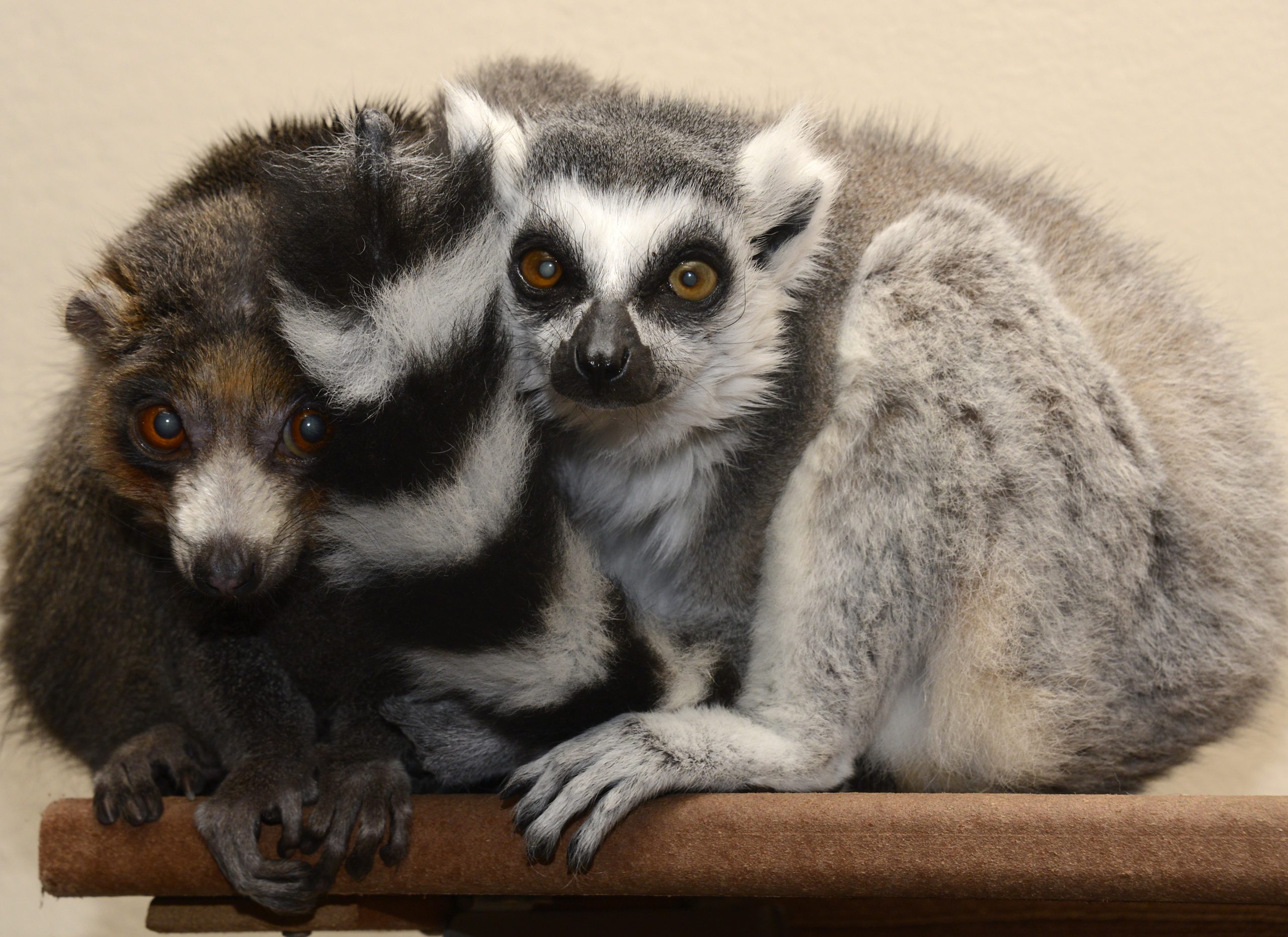 On Valentine’s Day, here are some unusual couples worth celebrating.

Lemurs are highly social animals – one of the many reasons it is harmful to keep them as a pet – and rely on others for protection, grooming and affection.

Lemurs pair-bond with a mate, but are also not monogamous, so a lemur can re-bond if a mate dies. Yet some lemur species are so rare, it can be hard to find another of the same species at a facility. Some lemurs may also be too old to transfer to another facility.

At the Duke Lemur Center, home to the largest population of lemurs outside of Madagascar, the staff tries to match these solo lemurs with a new mate, even if it is from a different lemur species.

The lemurs would rather be paired up in a compatible odd couple than be alone.

At first, the lemurs are under careful surveillance while the staff look for key behaviors to see if the pair is a match, which includes nose greetings, grooming each other and sitting or eating together. If the transfer does not go well, the lemurs will need to be separated.

In one example, Cheyenne, a red-bellied lemur, and Geb, a crowned lemur, lived together for two years after a re-pairing at the Duke Lemur Center until Geb’s death in 2018 at the age of 26. The center then found Cheyenne a new companion, Chloris.

Since its establishment in 1966, the Duke Lemur Center has accumulated detailed animal records for over 4,300 individuals, including ancestry, reproduction, longevity and body mass.