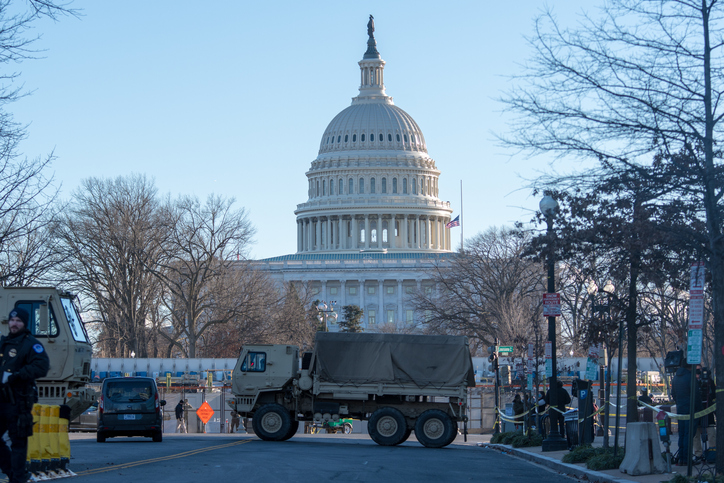 Summary: The second anniversary of the Capitol insurrection is Friday, Jan. 6. These comments from Duke University national security expert David Schanzer are available for use in your coverage.

Quotes:
“Two years after the violent riot aimed at preventing the peaceful transition of power, several steps have been taken to prevent such an episode from occurring again,” says professor David Schanzer, an expert on counterterrorism strategy, counterterrorism law and homeland security at Duke University.

“Hundreds of the rioters have been successfully prosecuted and many have been sentenced to serve at least some time in prison. Through these prosecutions, the courts have consistently held that attempting to obstruct the counting of the electoral votes is a federal crime. These actions should have a deterrent effect going forward.”

“Sweeping prosecutions have also been brought against members of the Oath Keepers and Proud Boys, two white nationalist violent extremist groups that played an important role in the storming of the Capitol. A conviction for seditious conspiracy and other felonies were entered by the jury against the leader of the Oath Keepers, Stewart Rhodes, and Florida Oath Keeper Kelly Meggs. They could face prison sentences of over 20 years. Five Proud Boys are on trial for similar crimes right now. Successful prosecution of these extremists would defenestrate the groups and diminish their power to commit additional acts of domestic terrorism.”

“In addition, last month Congress reformed the antiquated Electoral Count Act, which corrected perceived ambiguities in the process for counting electoral votes. The reforms have made it crystal clear, for example, that states may submit only one official slate of presidential electors to the Congress and the vice president has only a ceremonial role in the counting of electoral votes.”

“Additional actions are still required. There has been insufficient inquiry into why the FBI did not obtain advance intelligence about the likelihood of violence on Jan. 6 and failed to warn the relevant law enforcement authorities so they could take preventative action. Reforms have been made to security at the Capitol, but we continue to grapple with security threats faced by members of Congress as they move freely in public, as they should be able to do in our open democracy.”

“Finally, the Department of Justice has a launched a criminal investigation into whether President Trump and/or his associates committed crimes in their multi-pronged efforts to prevent the peaceful transfer of power, all of which have been well documented by the congressional Select Committee to Investigate the January 6 Attack on the Capitol.”

“Whether former president Trump should be prosecuted will be a very tough call, but I do believe it is important to hold those who aided and abetted this shameful episode to be held accountable, if, of course, sufficient evidence exists that crimes have been committed.”

Bio:
David Schanzer
David Schanzer is a professor of the practice at Duke University’s Sanford School of Public Policy. He is an expert on counterterrorism strategy, counterterrorism law and homeland security and directs the Triangle Center on Terrorism and Homeland Security. Schanzer was the Democratic staff director for the House of Representatives Committee on Homeland Security from 2003-2005. He previously served as the legislative director for Sen. Jean Carnahan (2001-2002), and counsel to Sens. Joe Biden (1996-98), and William Cohen (1994-96).