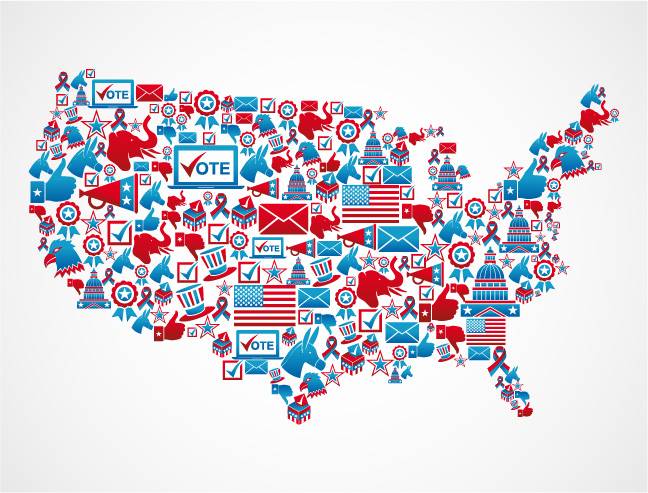 Summary: The outcome of a U.S. Senate race in North Carolina could determine which party controls the chamber, while a number of down-ballot races in the state could decide the future of voting rights, abortion access and more, say two experts on Tar Heel politics. Their comments below are available for use in your coverage of the Nov. 8 midterm elections.

“The race to succeed retiring U.S. Sen. Richard Burr will be leading the ticket in North Carolina and is shaping up to be one of the closest in the country — with the Senate majority potentially hanging in the balance,” says Asher Hildebrand, an associate professor of the practice at Duke University’s Sanford School of Public Policy. “While this year’s congressional map leaves little suspense in most U.S. House districts, the newly drawn 13th District is home to one of the closest races in the country and will be a national bellwether.”

“Since 2018, divided control of government has facilitated bipartisan progress in key areas and spared North Carolina from some of the partisan excesses seen in other states. A return to Republican ‘super-majorities’ in the legislature and majorities in the state’s highest courts would spell doom for Gov. Cooper’s legislative agenda and augur a new era of extreme conservative policies in areas ranging from abortion access to voting rights.”

“Nationally, a Republican congressional majority would all but ensure partisan gridlock for the remainder of President Biden’s first term. But the more lasting implications of the election might be found in races for governor and secretary of state around the country, where many Republican candidates have endorsed Donald Trump’s ‘Big Lie’ and threaten to overturn the will of the people in the 2024 election.”

“If election-denying candidates are elected in enough key states, it could quite literally determine the fate of American democracy.”

Bio:
Asher Hildebrand
Asher Hildebrand is an associate professor of the practice at the Sanford School of Public Policy. Hildebrand served for nearly 15 years in congressional offices and on political campaigns. He was formerly chief of staff to U.S. Representative David Price (D-NC).

“North Carolina Republicans are used to pulling out close victories in U.S. Senate races. And North Carolina Democrats are used to gnashing their teeth at coming close but falling short. Democratic candidates have won only one Senate race in the last two decades and only four in the last half century,” says Pope “Mac” McCorkle, a professor of the practice at the Sanford School of Public Policy at Duke University.

“And what happens at the top of the ticket in North Carolina has increasingly shaped the vote in all statewide races. The partisan split in congressional and state legislative races has also tracked how candidates at the top of the ticket do in those districts. In other words, the basic voting pattern in recent North Carolina election cycles has been partisan polarization all the way down the ballot.”

“To break the party’s losing streak in Senate races, Cheri Beasley will need very strong turnout from Democratic voters in the state’s major cities. Republicans can probably bet again on high levels of support among white voters in rural and small-town North Carolina. But Ted Budd will also need to keep Republican victory margins above 20 points in most of the 28 ‘fringe’ metropolitan — or ‘Countrypolitan’ — counties next to the state’s urban Democratic strongholds.”

“Growing Countrypolitan counties like Johnston in the Raleigh area and Union in the Charlotte area should be good weathervanes. If Cheri Beasley can lead a trimming of usual Republican margins in such places, Democrats could have an unexpectedly good election night and a new demographic reality could be emerging in North Carolina politics.”

“So an outside possibility exists that split-ticket voting among a crucial segment of unaffiliated and other independent-minded voters could lead to a scrambled mix of wins and losses between Democrats and Republicans in competitive races up and down the ballot. Such paradoxical election results could confront both parties with a complicated and interesting new political day.”

Bio:
Pope “Mac” McCorkle
Mac McCorkle is a professor of the practice at the Sanford School of Public Policy at Duke. McCorkle was an issues consultant to political candidates, state governments and others for more than 25 years.