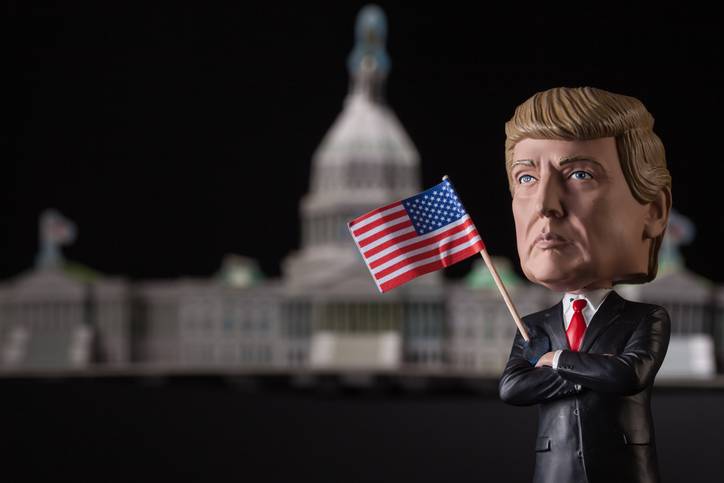 DURHAM, N.C. – The House select committee investigating the Capitol riot on Jan. 6, 2021, will hold a prime-time hearing Thursday. Two Duke University experts provide comments below for use in your coverage, and can be reached for additional comment.

Asher Hildebrand
“The bipartisan House Jan. 6 committee has proved beyond a shadow of doubt that Donald Trump knew he lost the 2020 election and sought to overturn the will of the voters to remain in power, says Asher Hildebrand, an associate professor of the practice at Duke University’s Sanford School of Public Policy.

“This was not the desperate flailing of a defeated politician: It was a criminal conspiracy with multiple fronts, from organizing fake electors to making baseless claims of fraud to pressuring Vice President Pence to intervene unconstitutionally. And when all else failed, he encouraged a violent mob of insurrectionists to descend on the Capitol and disrupt the peaceful transfer of power; he attempted to join them there; and he refused to call them off for hours, even when the consequences of his actions became tragically clear.”

“The most striking thing about the evidence the committee has presented isn’t how American democracy survived this moment of trial — it is how close it came to breaking. And next time, we might not be so lucky: Trump’s Big Lie has now metastasized into an authoritarian movement that threatens to subvert the next election and undermine the public’s confidence in our democracy irrevocably.”

“The Jan. 6 committee can’t undo all the damage that has been done to American democracy by Donald Trump and the Big Lie. But what it, and the Department of Justice, can do is to create a powerful deterrent against future anti-democratic actions by holding President Trump and his co-conspirators accountable to the rule of law. And it can also strengthen the American people’s commitment to upholding democratic norms–to the bedrock principle that the will of voters cannot and should not be overturned.”

Asher Hildebrand
Asher Hildebrand is an associate professor of the practice at the Sanford School of Public Policy. Hildebrand served for nearly 15 years in congressional offices and on political campaigns. He was formerly chief of staff to U.S. Representative David Price (D-NC).
asher.hildebrand@duke.edu

—
David Schanzer
“The core achievement of the bipartisan Jan. 6 committee has been to demonstrate that Donald Trump knowingly attempted to remain in power even though he lost the 2020 election – the gravest assault on American democracy since the succession of the Confederate states,” says David Schanzer, a professor of the practice at Duke University’s Sanford School of Public Policy and director of the Triangle Center on Terrorism and Homeland Security.

“The scope and mendacity of the Trump misdeeds the committee has documented are stunning:

“For the portion of the country that has been paying attention or cares, the committee has now made unmistakably clear that the ‘Stop the Steal’ movement — which Trump has fomented and many candidates for office around the country continue to embrace — is inherently anti-democratic and authoritarian.”

“You can believe in ‘Stop the Steal’ or in American democracy – but not both.”

David Schanzer
David Schanzer is a professor of the practice at Duke University’s Sanford School of Public Policy and director of the Triangle Center on Terrorism and Homeland Security.
Schanzer was the Democratic staff director for the House of Representatives Committee on Homeland Security from 2003-005. He previously served as the legislative director for Sen. Jean Carnahan (2001-2002), and counsel to Sens. Joe Biden (1996-98), and William Cohen (1994-96).
schanzer@duke.edu