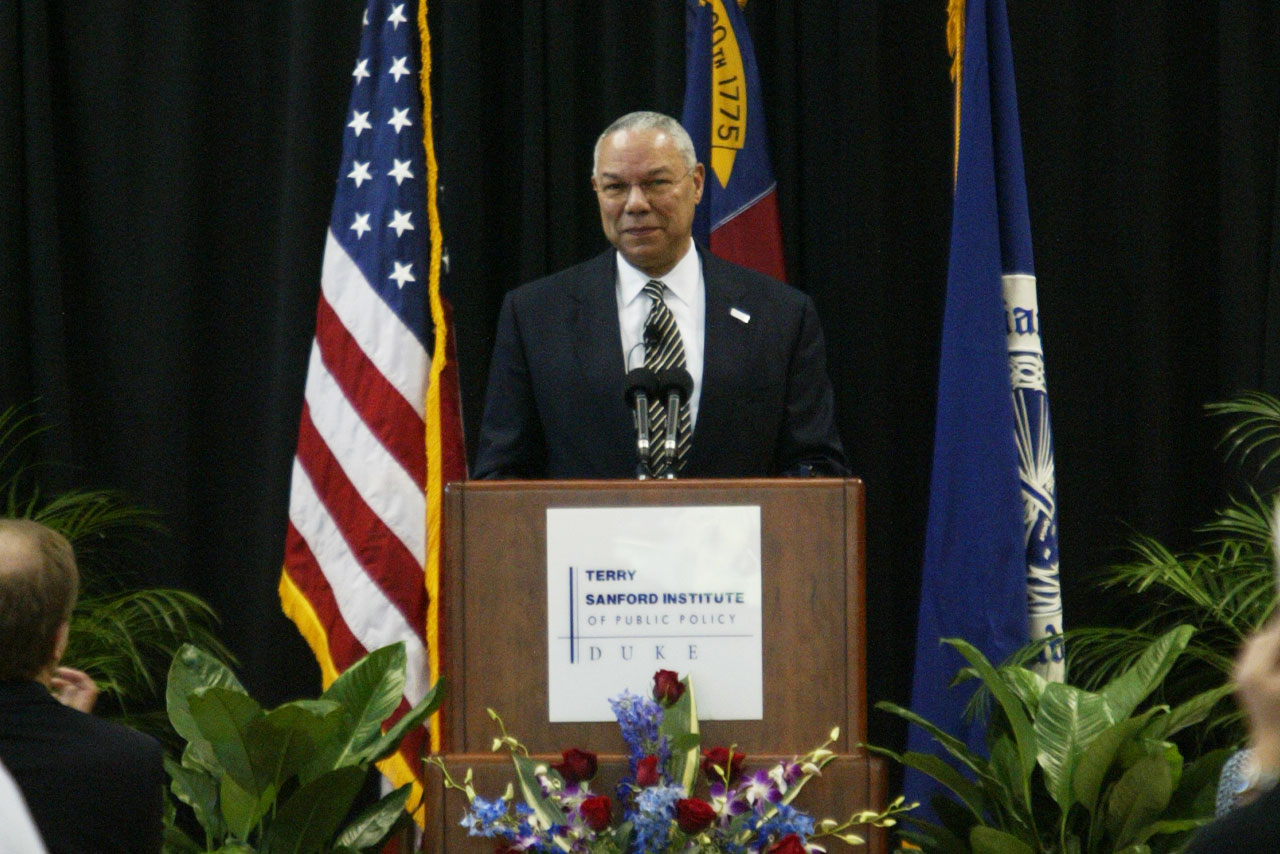 Colin Powell, the first Black U.S. Secretary of State who influenced national security policy during a tumultuous era, died Monday at 84. The following comments from Duke University Professor Peter Feaver, who worked with Powell in the George W. Bush Administration, are available for use in your coverage.

“General Powell was the most consequential chairman of the modern era,” said Peter Feaver, a professor of political science at the Sanford School of Public Policy at Duke University. “He was the first chairman of the Joint Chiefs of Staff to make full use of the power and prestige that the Goldwater-Nichols Act of 1986 had bestowed upon the position.

“No chairman before or since had quite the level of political clout Powell enjoyed at his apex. He was the most popular military officer of his era and might have been the first general since Eisenhower to win the presidency, had he pursued that office in 1996 as the Clinton Administration feared he would.

“He helped the country transition from a Cold War footing to a more confusing post-Cold War era without committing the mistakes previous generations made by demobilizing and withdrawing from global commitments too extensively. He also helped lead the country in a decisive military victory over Iraq during Desert Storm. As the first and so-far only African-American to reach the topmost military rank, and later the first African-American Secretary of State, he was an inspiration to countless in the rank and file. He played a critical role in helping rebuild public confidence in the military after the trauma of the Vietnam War and the end of the draft.

“That said, he was also a controversial figure to many. He opposed the Clinton-proposed changes in how gays and lesbians could serve in the military and he opposed Clinton-proposed uses of the military in the Balkans; in both these cases, his opposition proved critical in shaping the policies that were eventually adopted. While he was not a full-throated advocate for the invasion of Iraq in 2003, as Secretary of State he made the most famous public argument in favor of the war in a memorable briefing at the UN Security Council that was subsequently found to rely on dodgy intelligence.

“He was the quintessential ‘man in the arena’ and, as such, his steps and occasional missteps were more vigorously scrutinized and criticized than many other policymakers before or since. However, there are few leaders who have left a bigger legacy in national security across both Republican and Democratic administrations. His passing is a great loss to the country and a reminder of what an exceptionally capable person can accomplish in a lifetime of public service.”

Peter Feaver is a professor of political science and public policy. He was a special advisor for strategic planning and institutional reform on the National Security Council staff in the George W. Bush administration from 2005-2007, and was director for defense policy and arms control in the Clinton administration from 1993-1994. Feaver directs the Duke Program in American Grand Strategy.